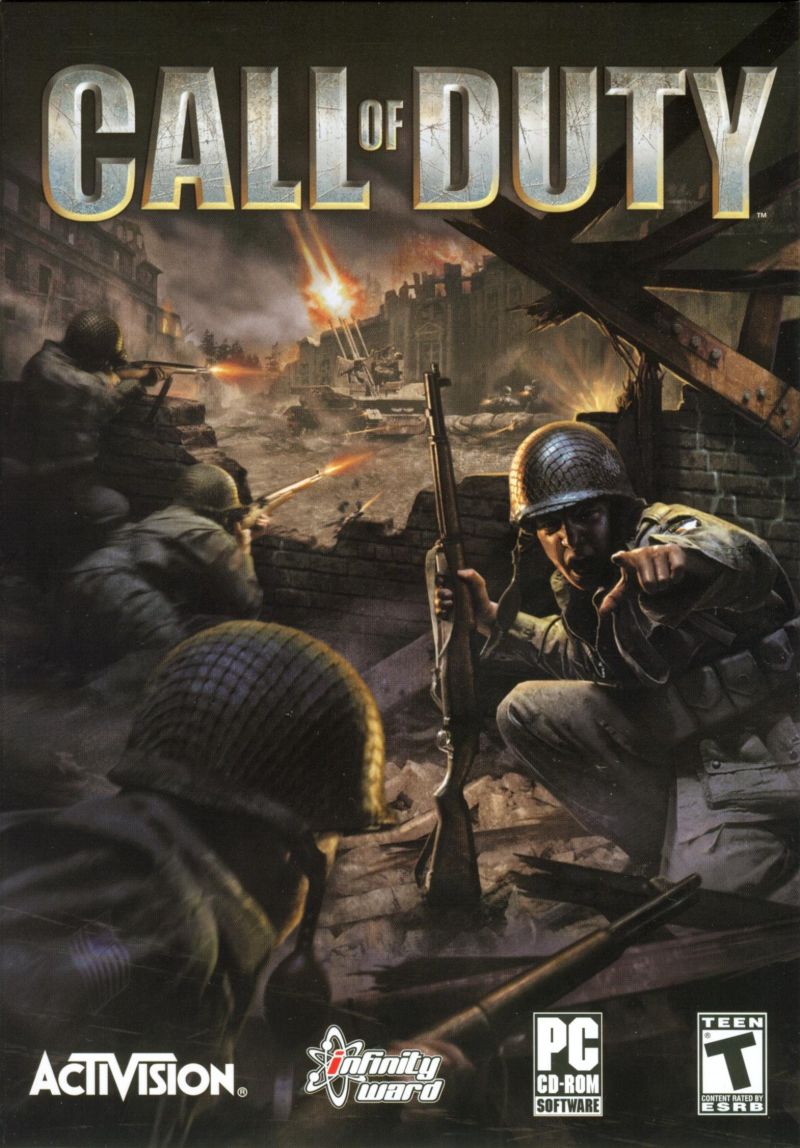 It is too often that people forget about the original Call of Duty game. People jump to the second installment of the series with its more refined graphics, or the current Modern Warfare games which I find lacking in true single-player content. Call of Duty offers a single player campaign which is episodic like Wolfenstein 3D, the game features three episodes and in each episode you serve as either a American (10st Airborne), British (6th Airborne, Ox & Bucks, and 2 SAS), or Soviet soldier (13th Guards Division, 150th Rifle Division, briefly an armored division). Through these three campaigns the player is immersed in the D-Day Airborne invasion (American and British episodes), the Battle of Stalingrad (Russian  episode), and behind the lines raids (American and British episodes). Overall, the game provides a solid look at World War II through the eyes of the infantry.

The landscapes appear to be thoroughly researched. The French villages, the rubble of Stalingrad, and the battle at Pegasus Bridge feel like they were plucked straight from the combat footage. The amount of detail is also present in the weapons, the reloading animations don’t have the player racking the charging handle or slide back on their weapon every time they perform a tactical reload. Unlike Mortyr IV (Operation Thunderstorm) where the player would waste countless rounds in reality if they did perform this action each time.  Also, let’s face it! Jason Statham is a voice actor in the game. You’ve got an action star voicing a computer game. That’s remarkable.

Call of Duty used to be cool in my eyes. In both the first and second installment of the series the horrors of war and the attitude of the soldiers’ comrades-in-arms being a band of brothers rang true. Now you don’t really see that in the new marketing campaigns for the recent Black Ops sub series titles. The whole the series has witnessed diminished quality ever since the release of their first Black Ops title. Overall, the only shortcoming you have in the original Call of Duty is that the first installment will have you craving more. And by more I don’t mean Call of Duty 2 quite yet. I mean the expansion pack Call of Duty: United Offensive, which will be reviewed in a later post. When I was in junior high I played this game for the first time and it nurtured a lifelong love of military history.