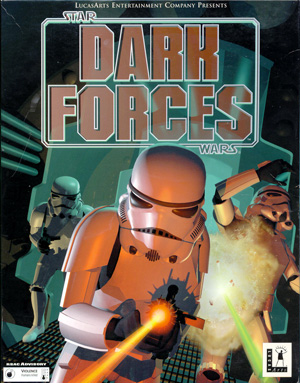 “The Force is Strong With Katarn”—Darth Vader’s comment at the end of the game foretelling what will happen in Dark Forces II: Jedi Knight 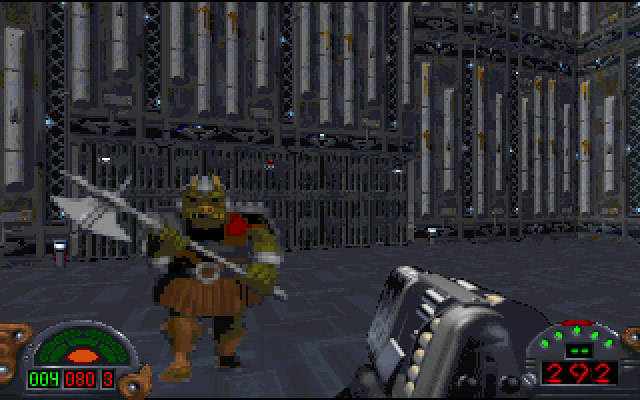 The 1990s were a time of innovation in gaming, most notably in the realm of first-person-shooters. The advent of Doom (1994) and Wolfenstein 3D (1992). A whole genre was truly introduced with these games. In 1995, Dark Forces entered this new arena of gaming. It also introduced the character of Kyle Katarn who is also the protagonist in Dark Forces II: Jedi Knight which was reviewed here.

In the Expanded Universe, now known as the Star Wars Legends Universe, Kyle Katarn is the individual responsible for the theft of the first Death Star’s plans as depicted in the game’s first mission. Katarn got his start serving the Empire as an officer. He became a mercenary contracting for the Rebel Alliance after learning the true nature of Morgan Katarn, his father’s death at the hands of the empire.

Kyle has thirteen more missions in this game. These are mostly raids involving the demolition of war material facilities to disrupt the Dark Trooper project. A few of these missions are outliers: evidence gathering, a rescue, and an escape from a notorious, slimy, crime lord’s yacht. No, it isn’t Vito Corleone’s.

Kyle’s quest is overall interesting, but this game hasn’t aged as well as Jedi Knight. I could wear my nostalgia glasses all day, but I cannot ignore some of the problems this game has. The largest one is that these ‘raids’ get repetitive. Yes, Katarn is a contractor for the rebels undertaking commando missions, but can’t he have a squad supporting him? Heck, even the protagonist police officers in Streets of Rage (1991) had a backup squad car, unusually armed with artillery that they could call in to exercise unusually unreasonable force with at times. Can’t Jan Ors, Kyle’s pilot and future girlfriend make herself more useful and less of a ‘princess to rescue (I won’t give away spoilers here), by strafing some Stormtroopers with Kyle’s ship: The Moldy Crow. She’s little more than a chauffeur here.

The game does have some gems of levels though. The first two are good. My favorite levels are: concentrated in the very middle and later stages of the game. When you play them over and over, they lose their lustre. If you decide to play this classic and burn through the fourteen levels, fear not! Play this. Visit here to download the best Dark Forces level pack I know of at this time. I used to know more.

I know what you are thinking, I never mentioned any Jedi Knight user made levels. The reason for this is simple. They deserve a post of their own. And that is going to happen in the near future. At twenty-one years of age Dark Forces looks a little old, and comes across as unimaginative. If you are a fan of Star Wars, and a fan of LucasArts, it is a must play. Buy it on GOG.com