Price: Less than a dollar on Steam

I won’t ask for my money back. But this was silly and stupid. I felt like I was playing a FPS version of the propaganda Conflict Desert Storm (2002). It was as bad as Delta Force Black Hawk Down (2003) with none of the redeeming qualities included. Frankly, I didn’t waste my time. But I sure laughed at this game more than I played it.

The game begins in a North African/Arabian city where gunfire and a chopper going down initiates you into the game’s world. The voice acting is horrific. The plot is lousy and the handgun is held incorrectly. All in all, this is a generic shooter that is bound to make you want a better game to play. I’m sorry I bought this game. Yes, it was old. But it has not aged well like Jedi Knight (1997) or Unreal 2: The Awakening (2001). The AI in this game is non-existent. Enemies will rush you and keep shooting constantly or they take cover and fail to notice you. These baddies only have strength in numbers.

The handguns are held incorrectly and at an odd angle. The reloading animations are inaccurate. Sometimes you just have to play bad games to appreciate the good ones. This goes up there with Conflict Denied Ops (2008), as one of the worst I’ve ever played. I only spent ten minutes playing this. Then I called it quits.

So many flashing light effects in this game. Light sensitive people shouldn’t play this. 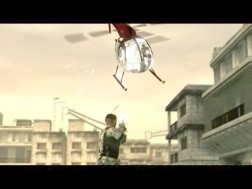 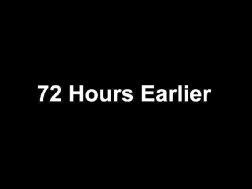