Check out wkduffy.wordpress.com. Keith Duffy has done an incredible job exploring and curating ‘crappy video games.’ I can tell you that crappy is a subjective word and it doesn’t mean altogether awful. Exodus From The Earth (2008) is the perfect example of a competent crappy game. Excuse the oxymoron.

Exodus From The Earth is a Russian made game. You’ll discover this and re-learn it throughout the game as the translation was far from perfect. Misspellings and strange diction pockmark this game like crazy. But this is of no great consequence. The story is quite simple. Earth is threatened and humanity is having to face a risk of having to migrate to a different planet. Megacorporation AX: seems to have a plan. This is a megacorporation, a la DataDyne Perfect Dark (2000) or Page Global from Deus Ex (2001). This game has a classic FPS feel.

I’m reminded of Goldeneye (1997), Perfect Dark and other titles of the same era. This is an old school FPS. If you trigger the alarm, an overwhelming squad of guards will converge on you. Expect pairs or fire teams as the enemy’s mainstay level of resistance though. The enemies are tough and crack shots. It brought back great memories of Goldeneye when those challenges were present. The player’s health will drop a lot. This is an old school style of play too. Your health does not regenerate, so the challenge of maintaining your hit points is one to manage throughout the experience.

Level design ranges from linear to somewhat linear. You’ll be going down one path and then following another, or taking the same path you came in on, in the opposite direction. It can be fun and boring. The settings range from the industrial to the fantastic. Play to see what I mean. Exodus From The Earth has some interesting set pieces: barricades to shoot and move, or blocks to stack to reach places. The stacking reminded me of the original Deus Ex (2000).

The first part of the game is a raid. You need to capture the CEO of the AX Corporation, however things change. You sabotage the industrial facilities, infiltrate when you can, and lastly provide a head of security some close protection. And unlike the deputy administrator from Red Faction (2001), he is a competent principal.

The weapons in this game were decent. I enjoyed the assault rifle.

The under barrel grenade launcher was most excellent when an enemy strongpoint presented itself. The handgun was quite useless. It was underpowered, but it reminded me of the Glock 21 in .45 ACP that I used to own. It bounced around like crazy in rapid fire. Although, the player’s gun looked like it was an all metal gun, so the recoil shocked me. The designers may not have had a whole lot of experience with firearms, especially handguns. The reloading animations were excellent though!

The soundtrack was good. One such clip was interesting as it mentioned an Ark and cubits. Perhaps, a biblical reference regarding the title? 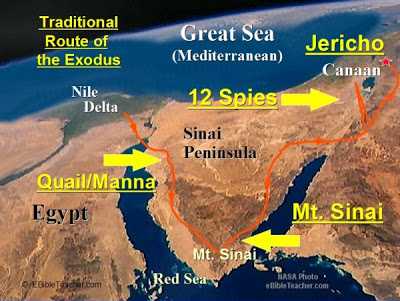 Hard to say. I progressed through the industrial facilities, the office building and the escape through the industrial facilities. When the game included vehicles on pathways with glitches and the opportunity to get stuck, I had a falling out with this game. If you want to be a Halo wannabe, at least have vehicles you can flip over or they’re hard to roll over. Maybe I’m a bad gamer-driver? At least in reality, I know my stuff.

This game is not as bad as Chaser, which is a game on my queue to review, and it is far from being as good as Perfect Dark or Deus Ex. It cannot hold a candle to either of those games. But it is certainly a better Red Faction (2001) as the vehicular sequences are less glitchy. Should you buy this game? I wouldn’t. Unless you are like me, and wanted something old and different. Who knows? Maybe you will be more patient with the vehicles and actually finish the game. I became frustrated enough to where I no longer wanted to waste time.

One thought on “Exodus From The Earth (2008): Russian Cyberpunk”