I was in a cooking mood tonight. I had some frozen kale and white bean raviolis. I put some water to a fierce boil and threw in three pinches of table salt. Then I tossed in the frozen dumplings. They were stuck together but the boiling water separated them swiftly. In minutes these pasta pillows were rising to the top of the boiling pot of water.

I put in another pan some Basil Parmesan sauce and tossed in some sausage crumbles. In minutes the sauce was rich, creamy, and savory. It covered the dumplings and I had my wife plate them while I prepped the dishwasher to mitigate the mess. 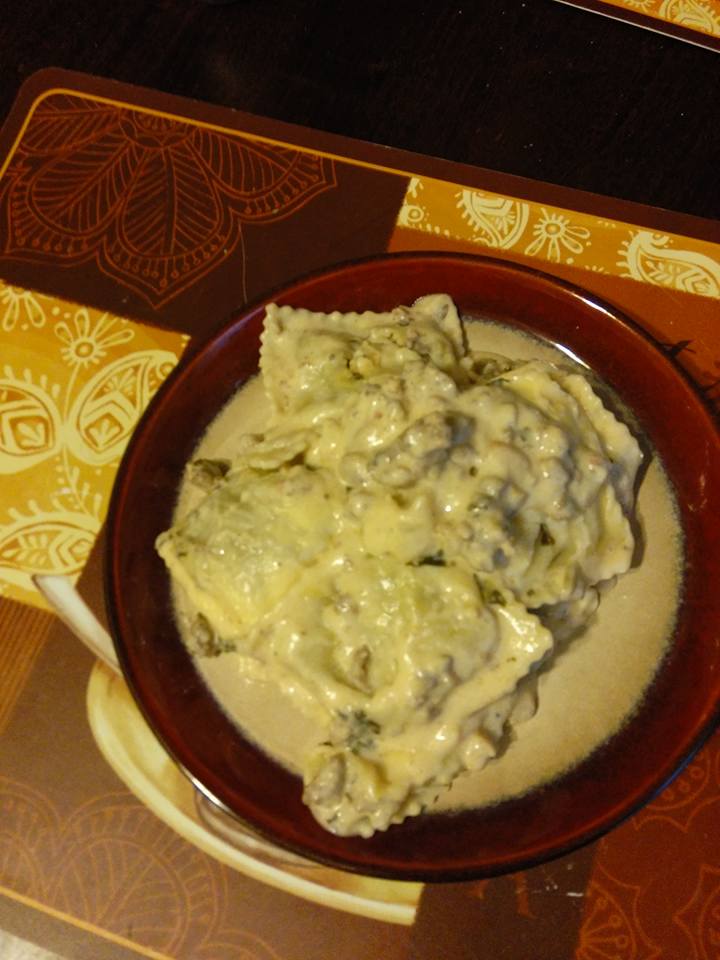 The end result was delicious al dente pasta. The white bean and kale were a well seasoned filling to the ravioli. The Basil  Parmesan sauce with the sausage was a savory topping for the pasta. The sausage crumble’s seasoning added a needed zest to this pasta. All in all, I was pleasantly surprised at the quality of this meal, especially since I’m still a novice when it comes to cooking.