[Some Spoilers in The Screenshots]

I am somewhat of a stranger to turn-based games. And I’m not talking about Chess or Settlers of Catan. I adore Chess, but find Catan miserably complicated for a board game. But that is an aside. I have only really delved into Sid Meier’s excellent Civilization series. I loved Civ IV, and I loved Civ II. These were fabulous, well-executed games.

The Banner Saga is a brilliant turn-based tactics game with role-playing elements and a throwback to The Oregon Trail with its delightful decision-making segments. Like Organ Trail and DeusEx your decisions matter. This is an artfully done game with its beautifully drawn characters and backgrounds. I felt as if a cartoon epic from the golden age of Disney  had been properly made into a game. I also felt as if one of Lewis’s or Tolkein’s epics had been distilled into the tapestry of The Banner Saga. I found this to be a delightful game. It had a brilliant story, atmosphere, rewarding gameplay, and not too severe of a learning curve so a casual gamer like me could approach it with ease.

Story:  The name says it all. This is told in the style of a Viking saga. The game even features a non-human scribe. The points of view of the player change as he plays the game from the perspective of Norse-themed humans and Norse-themed horned humanoids called the Varl. The Varl are brilliant warriors. The humans are more or less farmers and hunter-gatherers. Again, the story is told from the perspective of Varl warlords and human hunter-gatherers so this leads to a varied style of gameplay. The protagonists flee their sworn enemies The Dredge, in caravans that have them travelling across their pine forested and snow covered world.

Gameplay: This is a turned based tactics game as stated earlier. However, battles are fluid-feeling despite taking place on chessboard-like maps. I felt as if I was playing a pen and paper role-playing game during them and frankly it was better than that. I felt that I could easily learn the combat system. I did. I used my Varl warriors aggressively along with my human archers, but I kept them safe with a screen of light human skirmishers. There are only six slots for combatants per battle, so build your team wisely. My favorite units were the Varl as they required less upgrades and managed to break the armor of the chief enemies: The Dredge faster. The battle system was excellent! I would have liked to see naval engagements and also cavalry though.

The caravan sequences were oftentimes where choices had to made. Dilemmas similar to The Oregon Trail were faced.  How often do you rest your party? How often do you promote your ‘heroes’ (player characters)? Frankly, these choices all had consequences: pleasant and dire. That is the precious part of the game though. It challenges you to make the best choices, unlike the triple AAA doggerel pumped out and marketed to the masses who seek a linear multiplayer deathmatch time-waster.

Dialogue had consequences, who you let join your caravan had consequences. I felt unpleasant consequences with the latter. I paid for my naivete. The game’s ending is where the sum total of these consequences come into view as you battle for your survival and your allies’ survival in a city under siege.

Atmosphere: The hand drawn characters, landscape, and dialogue sweep the player into another realm. I’ll show you. 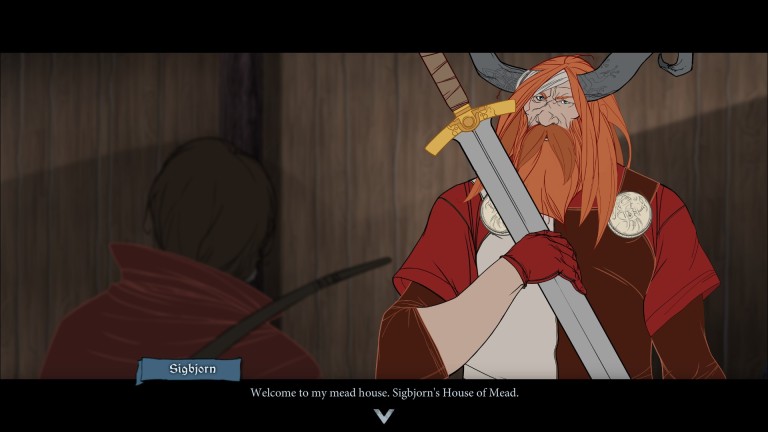 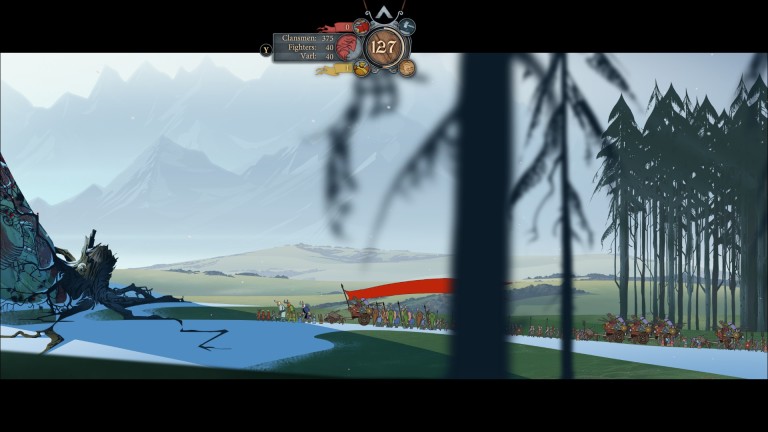 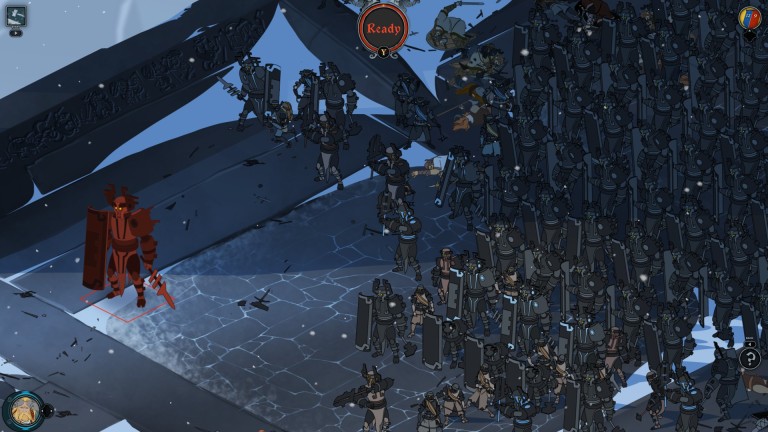 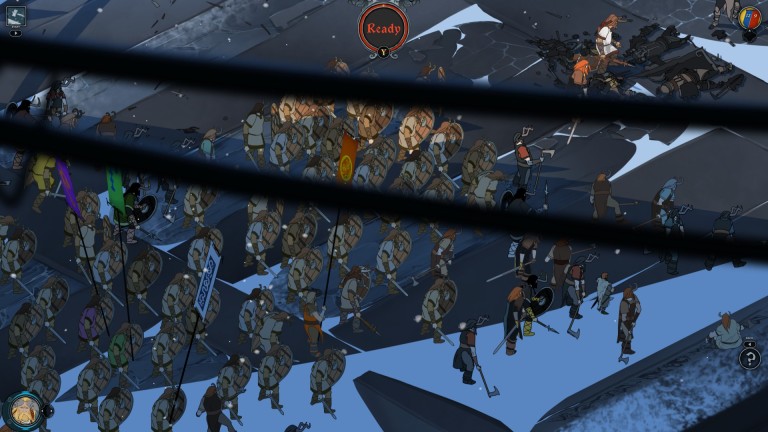 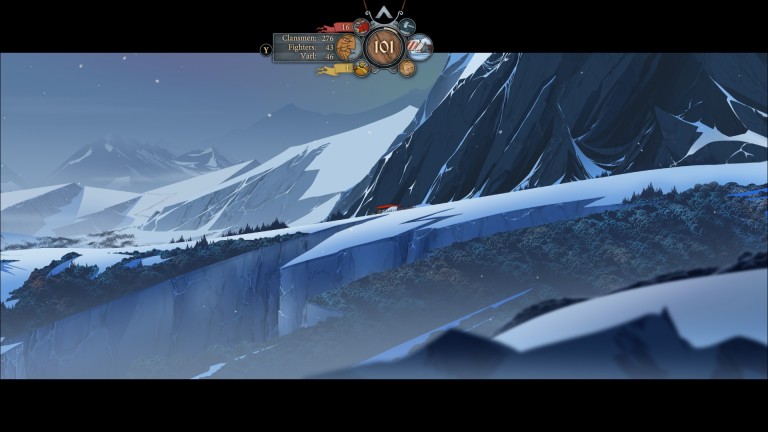 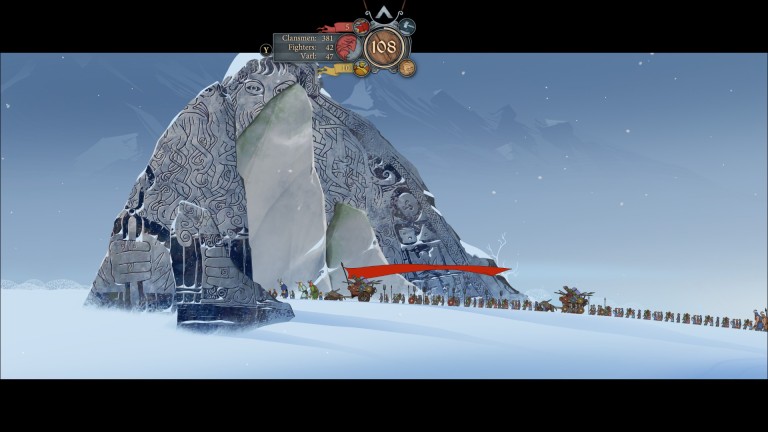 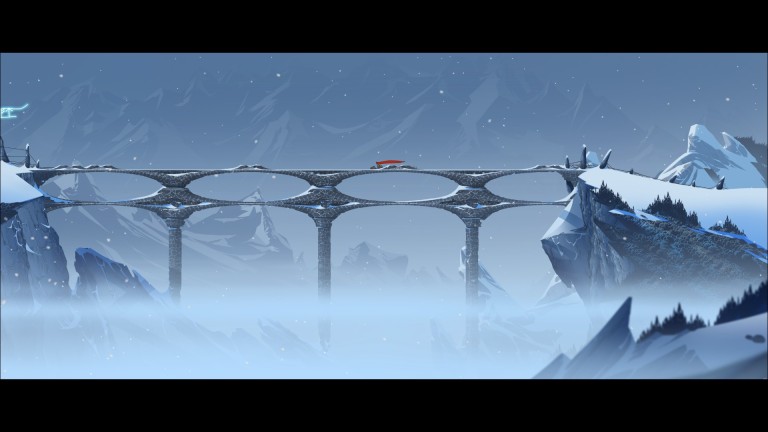 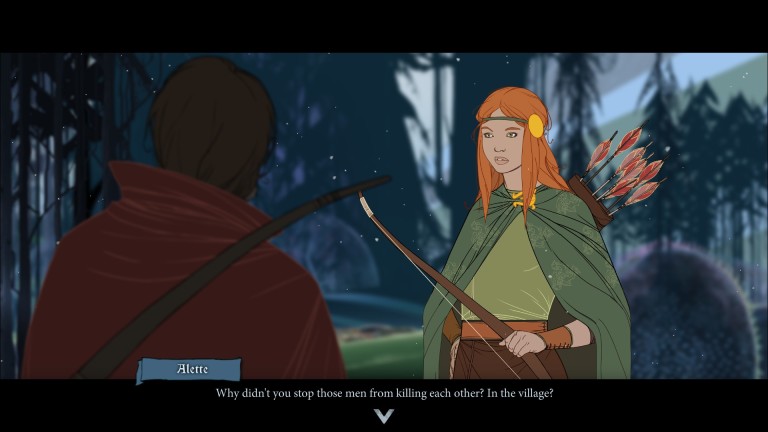 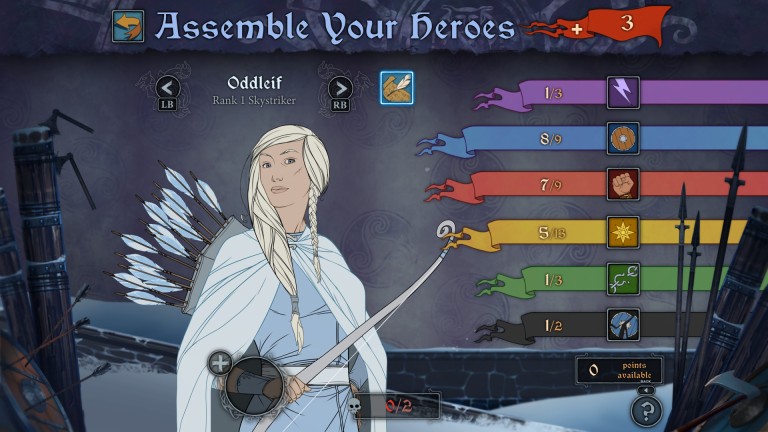 Final Analysis: This was a most excellent game! I am eager to play the sequel. I wish I wouldn’t have been so late to this party, but I can say The Banner Saga is a game worthy of your time. Don’t miss it like I did. Play it now.

2 thoughts on “The Banner Saga, One Of Those Indie Game Gems”