In my part of the world, Butch’s Pizza is the number one name in frozen pizza. I’m no fan of Jack’s, Tombstone, and the Red Baron either. The real Red Baron did not have a mustache. Manfred von Richtofen is not here to pursue litigation though. Butch’s Pizza is made to be a high quality pizza with a fresher crust and ingredients on every bite.

Butch’s Pizza has many varieties. My favorites are Butch’s White and Butch’s Supreme. The White Pizza is savory with garlic and onions. The Super Supreme says what it is in the name, and frankly it is one of the best supreme pizzas in it’s class. Those who live in Central Illinois, and have never tried Butch’s are missing out on a brilliant and glorious tradition of a frozen pizza that is a hit at home and a tavern staple.

After a great time grilling burgers, one of my best friends and I decided that adventure in all of her ruddy-faced glory was calling. We answered the call and quickly checked his inventory for a frozen pizza that was qualified to be grilled. No candidates were found after a quick glance. We checked the neighboring gas station and discovered too that slim pickens for pizza were present and no qualified candidates could be found. When it comes to frozen pizza I am as bull-headed as a Republican Senate Judicial Committee. Only select brands will do and those are the ones ‘Best Qualified.’

Thankfully none of us minded a little driving.  We visited a neighborhood Regional to National chain grocer where we canvassed the frozen food section and acquired the target: Butch’s White.

With Butch’s White in hand, we made our way to the liquor section and acquired some craft beer which shall be written about at a later date. Once the craft beer was obtained we made it to the checkout counter in the liquor department. Our cashier was a Caucasian male, brown hair with brown facial hair, late twenties to early thirties, six feet tall weighing approximately 180 lbs.

I handed the pizza and beer to him and things got ugly. 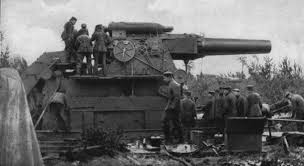 The checkout counter became the Siegfried Line. Long stretches of silence stretched out further like elastic on a bad pair of pajamas.  He printed the receipt and I extended my hand to receive it. I attempted to take it as he kept moving his hands around and around, and then back. He wasn’t handing it to me and his face resembled this man’s in a way:

Me: “You some kind of martial artist?”

His voice: “If you can retrieve this receipt from my hand, Grasshopper. I will teach you….”

Now we could have just walked away, but I like having my receipts. So I attempted to grasp the receipt through a multitude of attempted vectors and pathways with my right hand. This reminded me of fencing and I’m glad I had taken fencing lessons as that enabled me to grasp the receipt but without the desired results.

I ripped the receipt away.  I thought I had it. At the same time I  tore it into two segments.

Him: “This is why we can’t have nice things, dude.”

My friend informed me that I should have obtained another receipt, and have him print it off as he was the cause of our torn paper really. He had a point but I was ready to grill. We returned to his house.

One thought on “Butch’s White Loves A Gas Grill; And The Challenges of Acquiring It Part I of II”