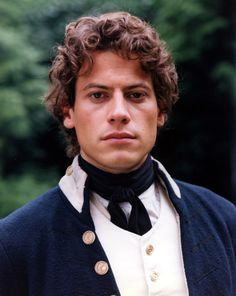 Based off of C.S. Forester’s The Even Chance featured in the Mr. Midshipman Hornblower Collection.

Background: I’ve read the Hornblower novels and seen the movies countless of times. The wife and I decided it was time to dust off volume one.

Summary: There are bad first days at a new job. Everybody has those. Some are sea sick in spithead. Others have similar maladies, but Horatio Hornblower’s (Ioan Gruffud) seasickness is a malady that is short lived but a foreshadowing of the rocky start his naval career will have. He is on board a man o’ war commanded by the time travelling British officer seen here, and there, and also here.  This ship is waiting for action, but none comes as France is collapsing in a time of Revolution.

During this period of no bullying, Simpson is still on Captain Keene’s ship  (Michael Byrne)  Justinian, and Hornblower is transferred to the fast frigate HMS Indefatigable under the command of Captain Edward Pellew (Robert Lindsay). Under Pellew’s command Hornblower distinguishes himself in combat more than once, and proves himself more than capable to rise to a Lieutenant’s rank. In the course of these duties during a combat search and rescue he encounters Simpson again.

During a second duel, Hornblower almost kills Simpson yet decides to fall back on a sense of morality not to duel. He is saved by a superior officer: deus ex machina.

Final Analysis: I saw these movies ages ago. I appreciate them even more now. I’m eager to continue to revisit them. I am seeing humor, but I’m also drawing out some life lessons from the books and the films. I’ll share those later.  Thanks to C.S. Forester for being an influence on Tom Clancy’s thrillers and thanks A&E for producing a brilliant series.

One thought on “Horatio Hornblower: The Duel Reviewed By Brandon C. Hovey”