The campfire they had made in the pit had burned now for almost an hour. They had eaten their victuals and now Paul’s two companions were at rest on their bedrolls: Estalwyn and Rilles. They were in the middle of the Western Wald in it’s deep pine and other coniferous trees making their way to the City of Red Spire where they had a job to do. And if they did their job well it would enhance their reputation along the Far Northwestern Coast.

We’ve travelled far. I hope it is worth it.

As Paul thought this he took another sip of his warm tea that Estalwyn had made for him as he had the last watch. This tea was of her own recipe: Firefly herb, sea salt, and the essence of ground nuts tossed in with some of the black tea leaves.

This stuff will keep you up.

He pulled the blanket around him more tightly.

Bit of a draft now.

They had been on the road now for eight whole days. A communication had reached them by courier at their town of Pinningdale southwest of Red Spire. Four of these days they had travelled in the Western Wald. And they had only encountered bandits once. Estalwyn made short work of them with her bow and magic. Rilles’s two handed sword cleaved three of them in two at once, and his claws did damage too. He didn’t use his teeth thankfully. That got ugly.

He’ll have to keep a cloak on the whole time in Red Spire. They may not know how to react to him. We’ll be in that town to make money, not cause a scene.

He and Estalwyn found Rilles at a cave near their town. He had been abandoned by his clan or pack and left for dead. They nurtured him and nursed him back to health and he became their business partner in their trade. The three of them were consultants. They laid traps to capture and befuddle the thieves guilds and the burglars unions of the world. The best part of it, is that they were good at it.

The sun is rising. Time for them to get up.

Paul said that in his even baritone. Estalwyn got up at his first word. Her Elven ears were always sharp in this weather.

“Good. I’m getting a tad too sick of these woods.”

They likely remind her of her childhood.

Rilles grunted and put on his cloak. He knew it to be the best.

He doesn’t want to.

“I know I do. But we’ll all get paid nicely. This client is rather desperate.”

Rilles’s tone was not pleasant at all. It was certain he was still mad at the prospects of going to a city of over a half million people. Yet that was what the circumstances dictated.

“Let’s get going.” Paul said this to the both of them and they struck camp. In four hours they arrived at the city gates on the west walls of Red Spire. The sergeant at the gate looked them over checked their cargo and admitted them into the city. Paul looked over the walls discreetly once they were admitted.

Estalwyn’s globes would do well here. Some of our trip wires past curfew would do well here. Maybe once we manage scoring this contract we can open up a sales pipeline in Red Spire. Impractical for our travelling, yes. Moving has always seemed more pleasant to me though. I’m eager to see what Red Spire has in store for us.

He looked over at Estalwyn to see her mood regarding the city. Her brownish-blonde locks were shining in the sun light. She had a blank stare.

Wonder if she likes Red Spire? Or if she is just looking for threats. We aren’t soldiers of fortune though. We just consult.

He then turned to Rilles looking over at him on his left hand side. He was driving the supply wagon. The enormous cloak he was in obstructed his face. It appeared a formless blanket was driving the cart. Only his boots were sticking out of the garment. Thankfully, it was early and few asked questions or offered greetings as they passed. They were ten minutes away from their destination: Henricks Waggoneers and Livery Company.

The streets were narrow. The stone buildings were scant, the wooden building were ample and wattle and daub residence seemed to be most common. Thatched roofs were common, even on the stone buildings.

The narrow streets were paved of stone, except for the wide thoroughfare they entered on. That was just dirt.

This city is made with little logic for design. Estalwyn is likely having fits.

After ten minutes of uneventful travel carried on through silence they reached Henricks. It has just opened. One small boy stood at the door.

“Are you Mr. Paul of Pinningdale?”

“I am, lad. These are my colleagues.”

“Please enter, I’ll take you to my father he sent for you by letter.”

The boy took them to the end of the shop. A man, ten years older than Paul stood aside a wagon’s wheel and affixed it on to it’s chassis with tools and the twists of his wrists. He looked every inch the tradesman, with calloused hands and a warming smile. 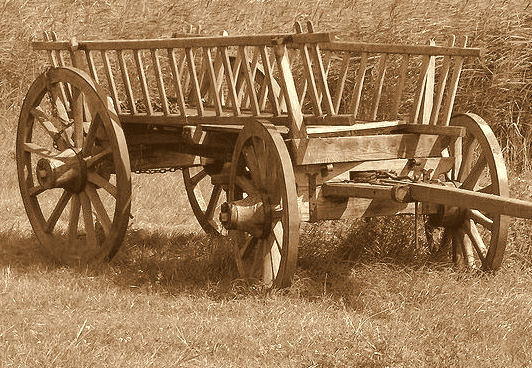 The salt of the world.

“Father, the consultants are here.”

“Splendid, son. Now run and see to your lessons until I can find another spot of work for you. All right?”

The gentleman turned away from his son to face them.

“I am George Henricks. Welcome Paul of Pinningdale. Are these your colleagues?

“No further inquiries on that subject, please Sir. I have introduced my colleagues and we are here to listen to your problems, as we have been hired to do so.”

Estalwyn kicked him lightly in the shin.

I knew I’d make her mad at least once today.

Hendricks didn’t see that. He began his tale in a sorrowful voice.

“The wagons aren’t the same, and the spirit doesn’t sing quite right.”

To Be Continued Later.

7 thoughts on “Paul of Pinningdale Part I: The Road To Red Spire”