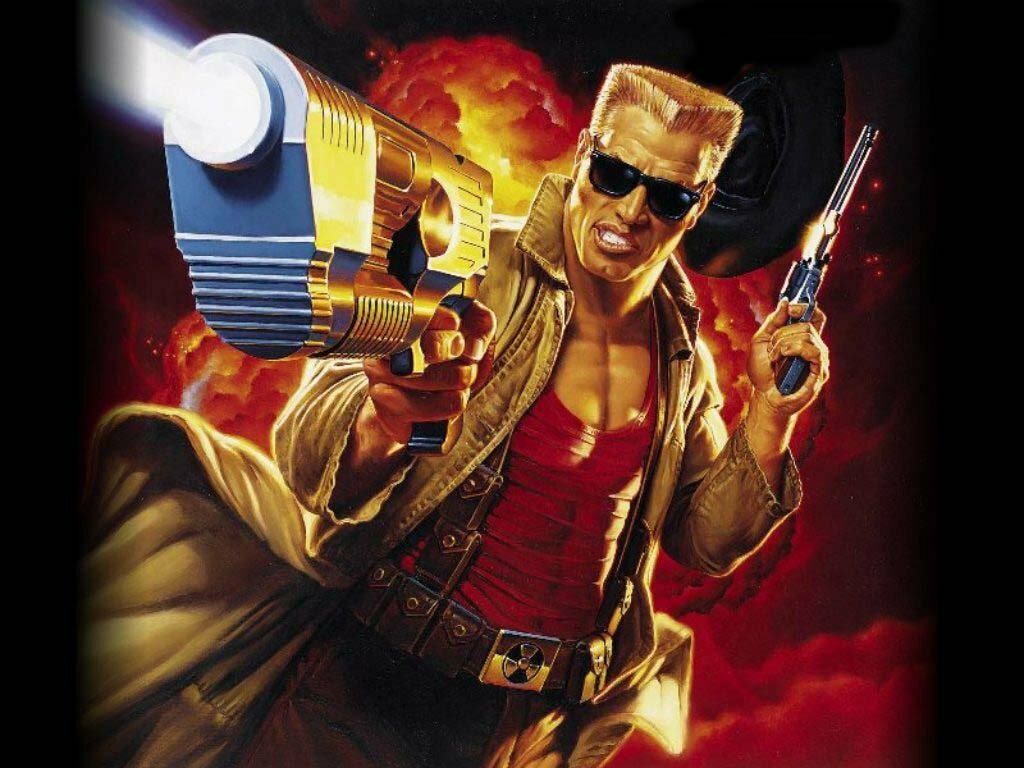 Platform Played: PC/N64 (Years Ago For Me)

Author’s Note: [NO IMAGES ARE MINE.]

Price: Varies… I own four copies of this game two of them are from Steam and GOG, both are under $10.00. Although, I believe GOG no longer offers this.

“Have some cappuccino, Bran. Duke Nukem would drink it.”

I needed calcium at the time so I did drink the Cappuccino by a now discontinued grocery store brand. Duke Nukem 3D, was a game I played a little too early in life as you can see from the quote. I’ll never forget my mom whipping up cappuccinos while I played Duke Nukem 3D whipping aliens in SoCal and in outer space. Duke Nukem 3D was a game I played briefly when it was a recent title. I didn’t play this game again until I was a senior in high school. And I didn’t pay a cent as I learned about the idea of shareware. Unlike AAA game studios of this era, developers and publishers had a spirit of generosity found mainly in indie studios nowadays. On the other hand

This video explains the concept of shareware. In my sophomore year of college, I learned about the glories of GOG.com. There many a good old game was to be found. Including Duke Nukem 3D in it’s Atomic Edition complete with four episodes. The atomic edition was an excellent continuation of the shareware wonder I discovered in high school. Duke Nukem 3D rekindled my love for gaming, especially FPSs which I had not really explored in a long time as my attentions were diverted to role-playing games and strategy titles.

Level Design: Each of these levels is an honest maze. Whether it is the city streets of the first episode in Los Angeles or on the moon. The entirety of the game is not just moving from Point A to Point B and collecting keys like Wolfenstein or Doom, this involves simple switch puzzles, and creating new pathways via explosives and/or observation as like earlier games in this first generation of first person shooters there are secret pathways and areas. Halo could learn a thing or two.

Corny Weapons: Duke’s two staring weapons are a shotgun that is likely a Winchester 1300 Defender and a Glock 17 according to imfdb. The shotgun is likely the case. However, the Glock 17 acts more like a Glock 23 or a Hi-Point. The Glock 23 is an assertion of mine due to the 12 round magazine the in-game weapon has, even though the Glock 23 has 13 rounds. I typically refer to Duke’s pistol as a poorly drawn Glock.

The rocket launcher, devastator weapon, and pipe bomb are Duke’s explosive weapons. The pipe bomb is Duke’s favored method of clearing false or weak walls and creating new pathways. The destructive environment in this game had to influence the Red Faction series.

The most memorable of the corny weapons have to be Duke’s mighty foot, The Shrinker, The Expander, And the chaingun cannon. The Shrinker and the Expander both are weapons worthy of any science fiction motion picture. And it is only fitting they be featured in a computer game that epitomizes tongue and cheek humor.Consult the imfdb page for information on the chaingun cannon.

The Modding Community: Earlier at this blog I wrote about the incredible and addictive Duke Forces.  I also wrote an article regarding The AMC TC’s Episodes I and II. I am eagerly awaiting both mods to continue into development. I know The AMC Team is hard at work crafting Episode III. Duke Nukem 3D has spawned an incredible modding community. Later on I will explore more mods like I will do with Deus Ex on this website.

Final Thoughts:   I missed out on Quake and Quake II until this year. Both are first generation first person shooters and both of them lean out towards the second generation of first person shooters. Duke Nukem 3D, with it’s interactive environment and maze like levels really favors bridging that gap as well. Play a game that bridged a genre to it’s future incarnations: Duke Nukem 3D.