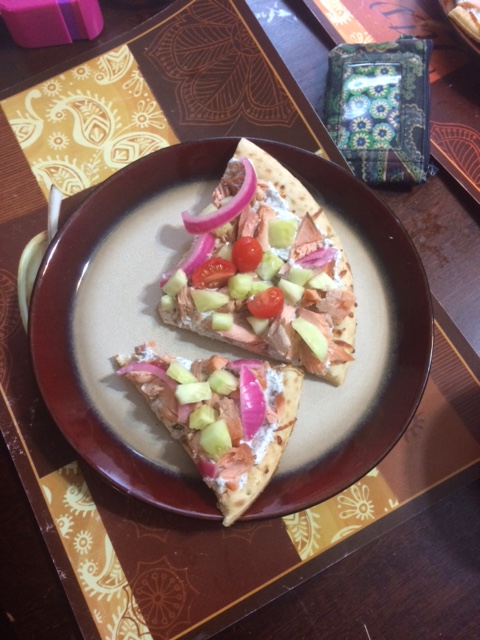 Amanda found this recipe on the Food Network’s website. We had all of the ingredients in the house. The only tweak to the recipe was instead of lox a steak-like cut of smoked salmon was used.

This pizza was pure pleasure to eat. The cucumber and tomatoes were both tart and refreshing. The sauce: the light sour cream mixed with lemon juice and dill provided a savory base to a scotch-like smoked salmon. My wife knows that lox makes me a fiend. So my mother kindly gave my wife smoked salmon and Amanda retained it until an opportunity to make a culinary masterpiece arrived. This was an incredible dish worth waiting.

Check out these posts about my wife’s culinary talent.

3 thoughts on “Salmon Pizza: A Meal By Amanda”