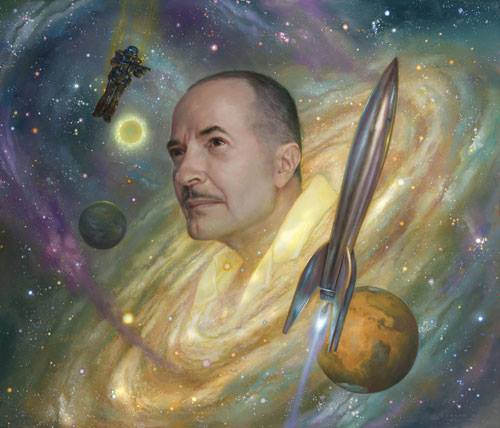 Background:  Up until, this very year I had never read Robert Heinlein. I knew Heinlein’s name from the three film adaptations of his work Starship Troopers. After reading Friday, I regret not discovering Heinlein earlier. But now I am an author. When I first watched Starship Troopers, I was fourteen and had never attempted a creative work in earnest. Friday has spurred my interest in Heinlein further.

Plot [No Spoilers]: Friday is a courier, she is one part spy, one part process server. Her job has her darting across the book’s world in search of the recipients and senders of various messages and packages. Friday is an artificial person, similar to Nick Valentine from Fallout 4, yet not mechanical. Perhaps Friday was an influence in creating the ‘synths’ in Fallout 4. In her own words: “My mother was a test tube, my father was a knife.” Yet these words are uttered by others of her ilk.

Friday’s world is one of inter-connectivity, she travels around the known universe with little to no difficulty. Her world is extremely fragmented though. The political map of our world is next to meaningless. There are governments outside of earth in distant planets, and the entities that we are familiar with such as the United States of America and Canada are no more and divided.

Friday has dealings with the Chicago Imperium, California Confederacy and other political entities. She herself is a citizen of the Chicago Imperium. Friday’s dealings with these entities are adversely impacted by a series of political assassinations and terrorist attacks. Three factions claim responsibility and attempt to take over Friday’s world with their actions. One character sums up the bleak situation they face concerning these three factions with moribund clarity.

” A Theocracy ruled by witchburners. Or a fascist socialism designed by retarded schoolboys. Or a crowd of hard-boiled pragmatists who favor shooting the horse that misses the hurdle”(Heinlein, 105).

This statement could sum up the current Untied States election and global politics in general with current states on our globe: Venezuela, Iran, Saudi Arabia, et. al.. Heinlein’s social commentary, political commentary and philosophy paint a doom and gloom world in Friday. Yet he offers a message of hope for the future regarding racial division. Friday is the recipient of a heartfelt letter at the end of the book.

“Before your records were destroyed, I once scratched my curiosity listing the sources that went into creating you. As near as I can recall they are : Finnish, Polynesian, Amerindian, Inuit [sic], Danish, red Irish, Swazi, Korean, German, Hindu, English — and bits and pieces from elsewhere since none of the above is pure. You can never afford to be racist: you would bite your own tail.” (Heinlein, 252).

Friday’s world is fragmented, her devotion to her job, her friends, and her family: official and unofficial keeps her grounded in a world unkind to people: natural and artificial.

Recommendation & Explanation: Is this a book review? No. Not at all. This is a subcompact snapshot of what I acquired from the book. Believe me, I learned a lot from reading Friday. But not all of it can be synthesized in the limited space of a blog post. Furthermore, I have my own fiction to write and some quasi-scholarly work to commence writing as well. Reviewing another fiction author’s work is of almost a tertiary importance to me.

Friday is a book I wish I would have read before I authored Thuringer: The Officer. Friday, could have been an inspiration for Jasey, the android companion of my protagonist. Like Friday, Jasey is a intelligent synthetic being. They’re only difference is that Jasey is an assassin and not hesitant to perform that line of work. Jasey also like Friday for much of the book serves a mysterious organization.

I endorse Friday to any fan of science-fiction or speculative fiction. Friday is a thrilling actioneer. It is also a firm example of a thoughtful commentary on society. Read it to discover more. 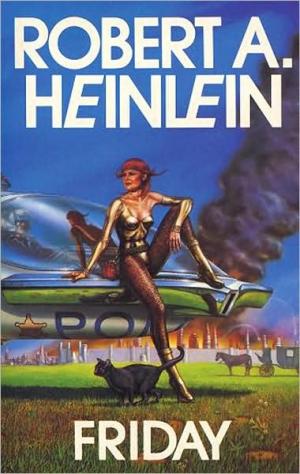