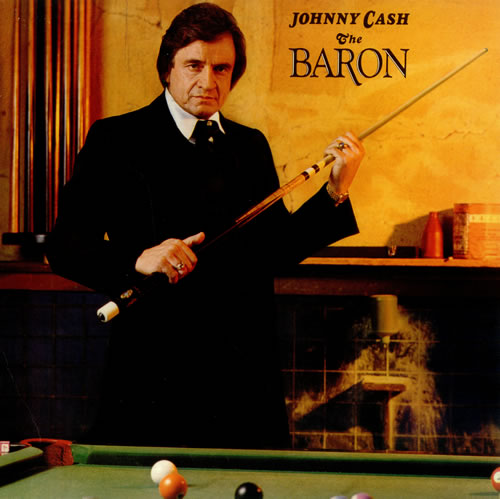 “If I had known you longer, You might be a little stronger. Maybe you’d shoot straighter than you do.”–Johnny Cash–The Baron

“..You shoots the meaniest game around? The Baron or Billy Joe…”

“He was like a general on a battlefield of slate.”

“The Baron” is a song that I hadn’t heard before until this year. This song comes from Johnny Cash’s 66th album bearing the same album. You can read the wikipedia article here.

This particular ballad is about a father meeting a son sometime in his twenties. They’re dueling in a pool game. The Baron is the dad, Billy Joe is the son. Billy Joe’s mother may run the pool hall or frequent pool halls herself as she enters the picture once more within the music video. This father has been out of the son’s life until now. He recognizes a talisman of his old life in the son’s possession and the machinery clicks in such a way that he realizes that Billy Joe is a chip off the old block.

Take time to not only listen to the song but appreciate the music video posted above. Cash’s one time son-in-law plays Billy Joe. June Carter Cash who needs no introduction, is featured as The Baron’s wife. Fitting isn’t it? You have country music staples in a video about family. Reminds me of someone’s theory about country music singers that we’ll discuss tomorrow.