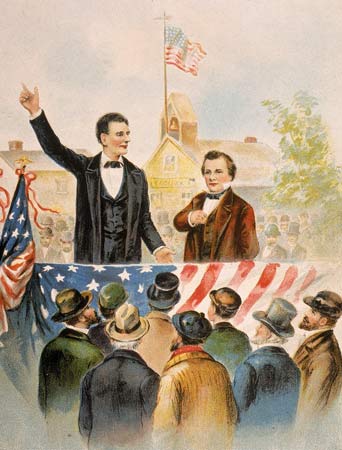 This will be the only political post on this blog for the remainder of 2016’s election season. I will be assuming the duties of an election judge, I have not been to training nor have I assumed the duties of the office yet, so I am in no way electioneering as I am in cyberspace not the polling place. Which leads me to my message: Time, Forum, & Purpose. These are three factors that must be taken into account before any debate on the subject of politics and possibly religion. Time & Forum are two factors that are almost simultaneously linked.

Time: The election is nearing. November 8th is no longer a distant date on the calendar. It is now a near and real day. Tensions keep heightening and tempers are certainly flaring. It is oftentimes more apparent than ever that Americans and the citizens of the world are unable to maintain tact. Verbal assaults on social media are common and it seems that no one is realizing that social media is the wrong forum and the most certainly the most ineffective tool at political debate with the intent to persuade. Social Media is not perfect. The time we live in is a very difficult time to facilitate a true debate.

At 0:40 seconds, Former President Bill Clinton explains to edutainer Trevor Noah how he is seeing a shift from the old ways of the past where a party had a forty percent base and a twenty percent that were up for grabs. “We’re getting siloed in the TV shows and the websites we scan..” The concept of confirmation bias is more salient in America. Clinton’s assessment is visible in the conduct of trolls, flamers, and bullies representing the right or the left on social media. Social media is a powerful tool but it has a large error and that is oftentimes the omission of non-verbal communication.

Forum: In the common threads of Facebook. There is only text and emoticons. Emoticons or emojis are poor substitutes for facial expressions, tone and pitch. Frankly they don’t add value to a debate. Tempers rise because there is no sense of inflection, pitch, tone, and sometimes these statements are written under the stress of merely trying to reply to an argument rather than reach a common solution to it. In a face to face conversationthere’s more non-verbal feedback in the communication process. You can hear tone and inflection and you likely can  see the person who is addressing you. A more complete understanding can be obtained in a face to face conversation or by other means of communication.

In the business world I quickly learned to never underestimate the power in a well-timed phone call. Now I’m not telling you to call up your Facebook friends who are skewed to the right or the left. Do not think that communication outside of social media is the panacea which will orient them with your political ideaology. We’ve all made up our minds and all of us will be called crazy by the other side. Let’s cruise on over to the third point.

Purpose: This year I have witnessed many friendships end. None of my own really, but from a distance I’ve seen animosity rear its ugly head in the presence of people who had espoused different political beliefs yet had been friends for years. This anger and this new bitterness has destroyed many a friendship. Save your own friendships by not forcing the conversion of your friends and family to the right or left. If someone wants to vote for one candidate let them vote. We are a democracy, to suggest otherwise is unacceptable.

We all believe in our cause. We all want others to believe in our cause. Oftentimes as of late these causes have been the wrong ones. They should not be the conservative or liberal causes, the moderate or the third party causes, rather it should be the American cause. The United States of America has always been a great country. We’ve made some good choices. We’ve made some poor choices. America will continue to leave its mark on the world, but it is up to us the consumers of democracy to encourage the future generations to uphold it and do their civic duties.

I was recruited to be an election judge two days ago. Simultaneously I was informed by the recruiting deputy clerk that there was shortage of election judges due to the population aging out. The next generation needs to care, but unforunately the idea of equity in a democracy has not been passed down. In order to maintain what is left of the people’s process we need to keep the people involved. If you are an American citizen I strongly encourage you to vote on November 8th. If you have voted early like myself good for you. You have accomplished your share of the task.