Gifts For The Tomb Raider By Brandon C. Hovey

Science-Fiction stories oftentimes have coming of age elements: J.R.R. Tolkien’s Lord of The Rings Trilogy and The Hobbit both have characters that, while they are grown adults come into their real ‘age’ or true maturity after experiencing the trials and tribulations associated with adventure from either being a ‘ringbearer or an expert treasure hunter, or burglar. Nevertheless their mundane lives are put at risk and also enriched with new found knowledge, experience, and rewards.

C.S. Lewis’s Chronicles of Narnia involve a group of sons of Adam and daughters of Eve, the Pevensie children, who through a series of tasks, adventures, and misadventures encounter their own bildungsroman, a coming of age story like the two hobbits: Bilbo Baggins and his nephew Frodo. These children are not ring bearers but they become the monarchs of a troubled land facing an evil foe from abroad. 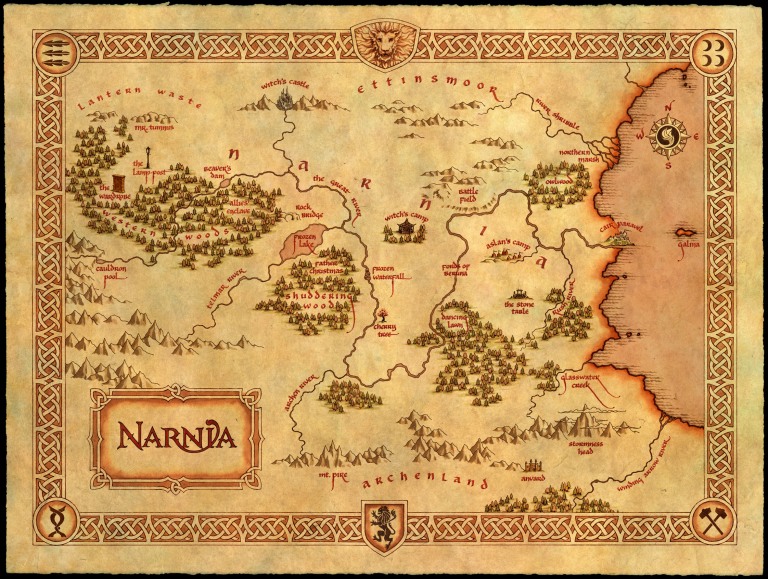 These two stories are both coming of age tales, and in both of them the characters deal with gift-givers: Father Christmas, Galadriel and others. In my own work of fiction: Thuringer: The Officer, Tracy Lakota and the scientist Andreas provide the titular protagonist gifts for his tasks ahead whether that be weapons or future help in the reprogramming of his android companion Jasey. Excuse the spoiler.

Gift giving is an important part of our human lives and also literary narrative. We all have sentimental objects, at least some of us, that were passed on to us in the form of gifts. In the above-mentioned science-fiction works these gifts, whether it be a tangible gift or mentorship, helped the main character develop and/or proceed with their goals whether it be saving Narnia, taking the ring to Mt. Doom, or defeating the Dar-Shawn cultists. These were all present in literary works, and in the computer game Tomb Raider (2013), this was also a present device.

The title is likely familiar to those aware of the world of electronic gaming. Tomb Raider (2013) is a first of a second- re-imagining of a series that began in 1996, and was first rebooted in 2006. This game in particular confronts the player with puzzles, platform jumping, climbing and combat either with firearms, bows and arrows, or hand-to-hand melees armed or unarmed. Tomb Raider is a game rooted in history but spun in a clever fictitious matter, placing it in the categories of speculative fiction, science-fiction, and alternative history. The character, Lara Croft, is an archaeologist and a historian engaging in her first expedition. She is accompanied by her mentors, friends and colleagues on the ship Endurance.

The site of her expedition is an island with a Japanese influenced culture similar to Okinawa’s before its initial annexation by the Empire of Japan. The island also served as a Japanese stronghold during World War II. She and her team set sail in their modern research vessel to commence their expedition a shipwreck occurs just before their arrival, hostile religious fundamentalists are encountered, and Lara Croft rises to survive and thrive. The ending sequence includes the phrase “A Survivor Is Born.” One of the ways this birth happens is through the gifts she receives alongside honing her survival skills. Two of her comrades in particular give her gifts and these are tools/weapons and in one case mentoring.

Conrad Roth’s Gifts to Lara: Roth is a mentor and a father figure to Lara in the game and also in the background content to the reboot. He serves as the captain of the above-mentioned ship Endurance Lara’s actual father, archaeologist and historian; Lord Richard Croft, was a workaholic and also a depressed individual due to the loss of his spouse (Lara’s mother) and his career. This drive was healthy for a professional life but not healthy at all as it interfered with his family life. Conrad Roth was an associate to Lord Croft. An ex-Royal Marine, mariner, and weapons expert. He provided Lord Croft with security services during expeditions. Roth also took a large interest in Lara, especially after her father ended up being a bad shot according to this article.

One thing led to another and Roth taught young Lara about climbing, archery, and other skills. Lara looked up to Roth and Roth treated her like a daughter of his own making. He also taught her some life lessons that needed to be bestowed upon her as her father was physically present, yet mentally absent as he was obsessed with his own career. During the game, Roth teaches Lara about the difference between sacrifice and loss. I shall spare more details about this as it is my goal for you to play this game after reading this post. This is one of the two gifts that I will discuss that Roth offers. The other gift is tangible and those are two firearms: twin .45 ACP (Automatic Colt Pistol) 1911A1 pattern handguns.

These handguns replace the 9mm that Lara was in possession of since early in the story, they are gorgeous, bombshells of handguns. They have excellent Novak-style sights that in real life provide an excellent sight pictures on handguns. These are well-made guns that Lara uses in the final boss fight towards the end of the game. They are reminiscent of Sting the sword from Tolkien’s work although the hammer on these handguns does not glow blue when orcs are near. The sights glow in the dark though. The arch-enemy of this game meets his death with these two chrome-finish handguns that are Lara’s answer to Bilbo and Frodo’s Sting.

Jonah Maiava’s Gift to Lara: Jonah is an employee to Mr. Roth in the game. He is the ships chef and also is a friend of Lara. Jonah is a strong and burly man with a friendly disposition and is a hardy companion to Lara during the plot of this game. He is the ship’s cook onboard the Endurance. This voyage has him doing more than just flipping meat patties and manning an oven and stove though in a galley he is fighting for survival amongst Lara and their other companions. This article provides more background information for him.

Jonah assists Lara and their fellow survivors from the shipwreck in a multitude of ways including fighting off the religious zealots they battled and also assisting in the repairs of a World War II era PT boat that plays an integral role in their rescue. One way he assists is by giving Lara a more modern bow  equipped with pulleys instead of the makeshift longbow she was using. This bow is powerful compared to the earlier one she was using that was left behind by natives. This bow is as useful to Lara as Susan Pevensie’s was in C.S. Lewis’s The Lion Witch And The Wardrobe. Jonah is no Father Christmas, but his gift serves a purpose and he gives an even greater gift in this game’s sequel that I shan’t discuss at the moment as I don’t want to spoil it for you at all.

Conclusion: Tomb Raider is not a work of literature by any means. It is from the realm of electronic gaming and it is from a respected story franchise within that realm. However, its narrative is immersive from its diverse settings, unique characters, smart gameplay and storytelling, and its memorable protagonist. It tells this story through a number of devices and this is one of them. This game series is no doubt twenty years old for a reason, and the first game in this third reboot definitely helped continue that through its excellent plot and use of the gift as a literary device. 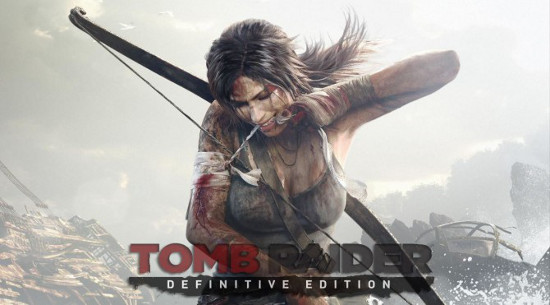 One thought on “Gifts for the Tomb Raider”