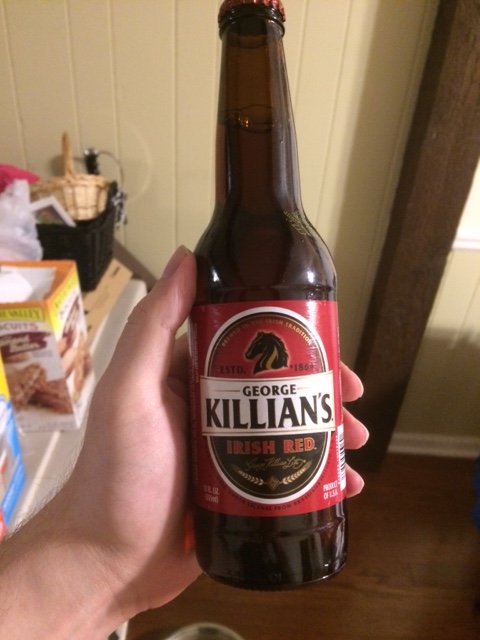 Background: Killian’s Irish Red is an Irish-American beer that is not craft, it is a macro-brewed beer. This was formerly an Irish beer brewed by the Lett Brewery in Ireland until the 1950s. This beer has changed hands a few times as its brewers has changed. Nowadays in the 21st century it is brewed by the MolsonCoors family of breweries. Enough history though, let’s talk about the beer.

Taste & Aroma: The scent here is of biscuits, malt, and just a bit of cracker.  This is a great tasting beer too. The aroma is a good opener. A malty start is followed by some dark fruits. The finish is of a spicy hop similar to Vienna Lagers and pilsners.

Final Analysis: This is a fun beer that is great for St. Patrick’s Day. However, at the same time it is not an Irish beer. I’d recommend this to those who don’t like the traditional beers.