Growing up in a church with an older pastor was good and bad. I liked him a lot. He was a good, godly man who had kind word for every member of his congregation. I noticed and recognized this during my early time at the church around 2003. I was thirteen years old and found the church to be an absolutely wonderful place for me to be at with the youth group where I met one of my best friends. Of course change is the only constant in life.

In 2005 our best youth pastor was replaced by a dark haired family with intentions as dark as their hair. The husband was an executive at a Fortune 500 level company. He wasn’t C-suite level, but to this day he is somewhere on the outer rung. His wife was a homemaker who never really smiled. Frankly, I never liked her. To this day I don’t like the family or its mission to create a cult within a church where instead of traditional Baptist thinking it would be replaced with the doctrine of a theocracy which is almost equivalent to Iran. And that is Jean Calvin’s Geneva.

This family first came to prominence at the church during a concert they held in 2004. The father had a good voice. He was singing Mitch McVicker songs and doing a fine job at it. The family was stealing the show and the pastor lauded them as a success. The mother doesn’t play any instruments (she didn’t then, I’m not sure about now.) She was just on the sidelines: watching.

This concert was the start of a slow growth in power for the family. As the youth pastor moved away in 2005 they seized power through two major channels. I’ll discuss the first channel.

Channel 1: Established Rapport with the Church/Volunteers: Prior to their total seizure of power they had been active in numerous faculties of the church. Legislative committees, volunteer projects, and musical ministry in the church. This Baptist Church had an established rapport with The Family. They knew them to be pious, musical, and willing to lend a helping hand. This created a wide breadth of acceptance from volunteers within the church’s youth educational apparatuses.

The Volunteers: Many parents who had kids in the youth group became fans of them. They just saw participation and piety. Familiarity sometimes breeds contempt. Other-times, it just breeds too much trust. Blind trust was one of the largest force multipliers this family had for taking power at this Baptist Church that shares the name with many Baptist Churches.

The Senior Pastor had big gaps to fill in his staff. This was motivation. He easily found a replacement for a Worship Director. It was almost overnight. And one of the Worship Director’s lieutenants was this Patriarch of this dark haired family. The Senior Pastor had struck gold in the fact that he had in fact found an organizational talent who had a family of musicians similar to the Patriarch who could play music too.

As I stated earlier the Senior Pastor had been in charge since 1976. He had witnessed a host of cultural, technological, and geopolitical changes in his tenure. Although I like him I will say that he is shrewd. He once remarked to my grandfather “The church is ran like a business.” I would equate it to an absolute monarchy. The deacons of the church sometime in the 90s or 2000s presented an evaluation tool to the pastor to assess him. Either out of pride or out of fear he dismissed it. His was the power.The Senior Pastor likely could see the need for a Youth Pastor, but no one could fill this role from the denomination’s seminaries as it is difficult for them to come to Illinois from my experiences. He rose the Patriarch of this Family into the position of Head of the Youth Ministry/Educational Ministry and changes were about to begin.

Power Plays: Originally I wasn’t going to give a name to this patriarch. Now I have just changed my mind. It works best if I just call him Timmy. Timmy now had his fiefdom. He was in charge of the High School Youth Group. His first act was to replace lessons and games formerly written by the youth group leaders/pastors and repackage them into a new format. The new format was 1. Ten minute game, 2. Video lesson, 3. Worship Time. We had worship time before hand but this was different. This was now his kids leading worship playing Reliant K and their original song and us singing along.

Youth Group used to be a fun time for me. I enjoyed the camaraderie, the exercise, the Bible Study, etc.. But now things changed. And things were about to keep changing in a negative way. Timmy was going to consolidate his power. If you didn’t agree with how he was running the show you were gone. 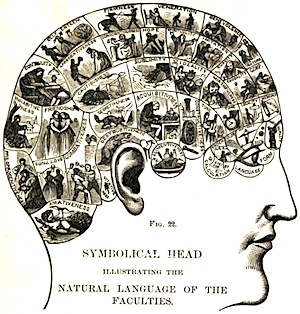 It seemed longtime members of the church were being treated like second-class citizens over the family of Timmy. Those who did not align themselves with the new regime of Timmy found themselves without a place in the church’s ministries.

So with that Timmy’s actions booted out a family that had long supported the church and participated in its ministries. He would boot out my own family in a few years. As my parents were invited to teach Sunday School at the High School Level as the worst Sunday school teacher I ever had: Mike Barker (Not His Real Name) moved away. I’ll sometime profile him. He was a first class joke.