I enjoyed Thief. I didn’t care for Splinter Cell. I certainly enjoyed the first Dishonored. Now I need to revisit it. Dishonored II is a fine game which allows the player to handle a multitude of infiltration challenges and also it gives the player an option of playing as Corvo Attano or his daughter Emily Kaldwin. I can say happily that the option of character choice allows one to enjoy almost two games in one.

Another coup has transpired in the Empire of Dunwall. The player will chose the protagonist from the past game or Emily Kaldwin, the Empress herself.

Emily’s Campaign: When I played Emily’s campaign I was able to be stealthier than Corvo Attano. I preferred her special power: Far reach. Far Reach allows her to platform across wide chasms. Thanks to this I was able to more widely explore the maps. I can happily say that I wish I would have played her campaign first. 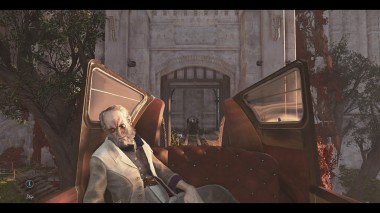 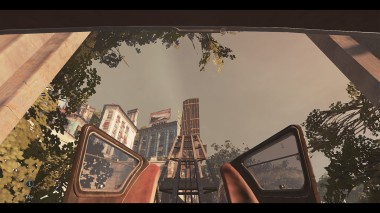 Corvo’s Campaign: Corvo’s special power, leap was rather uninteresting as it more or less was an underpowered version of Emily’s special ability. The only thing positive about his campaign is that I need to revisit the first game.

Infiltration: You’ll be sneaking in to enemy compounds, businesses, cities, and conducting assassinations and raids. This is truly a fun and immersive game. My favorite level was the ducal palace.

Overall Impression: Now I need to revisit the first game