Synopsis: An Actioneer with science-fiction elements telling the story of Martin Thuringer, an officer of the United Earth Navy. This big-bore thriller will have action in deep-space and strange planets. Enjoy a thriller in the tradition of Don Pendelton, Tom Clancy, and Andy McNab.

Synopsis: Sean Livingston is stuck on the sinking ship of print media. His idependent newspaper like many others has been aquired by a corporate giant. Livingston is now going to blog about food for his new publisher. Food in a small town called Bannhart, Illinois. Along the way he is forced to summon inner-strength as his life is threatened by an unknown assassin. Livingston enlists the help of a seasoned cop:Glen Davids. Davids has a bone to pick with Bannhart. Also, he finds love along the way in Winni, a marketing student. Burgers, Bloggers, and Brats, will thril you, make you laugh, and want to try a Lubankya Burger! 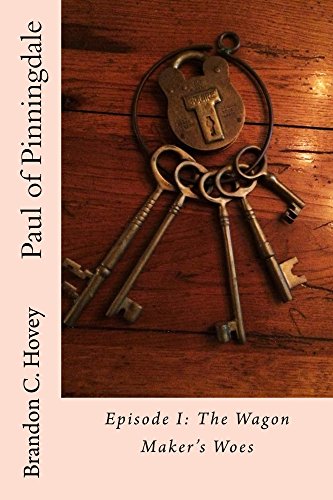 Synopsis: In a medieval world of splintered city states and Elvish counties exists a small security firm led by a merchant named Paul from the city of Pinningdale. They offer a new service: security consulting. They alarm businesses via magical and mechanical devices. They can turn a hovel or a merchant’s shop into a covert fortress. Paul’s firm embraces diversity as well. His business partners include a female elf: Estalwyn, and a Houndsman named Rilles. Business has been good lately. It’s time to up the ante though.
They journey to the coastal Free City of Pinningdale, a prosperous country where a certain wagon maker could use their services due to possible insider aided burglaries. They alarm the place and catch one of the thieves. However, a conspiracy aided by organized crime is uncovered by their efforts.
Fans of C.S. Lewis, Robert Heinlein, J.R.R. Tolkien, Piers Anthony will find this industrial fantasy story entertaining. If you enjoy fantastic cities, barroom brawls, expansive forests this story is for you. If you enjoy duels between demigods and mages this will be a must read.

Synopsis: Jade’s Dish is the spiritual sequel to Thuringer: The Officer, Hovey’s first book. Now, the protagonist is Investigator Rod Veska, a Private Detective employed by a large risk mitigation services company. Veska spyies on and stalks fraudsters for a multitude of his organization’s clients. Veska’s latest investigation has him needing some help. He is assisted by food tram chef Jade Novorisk who helps him build a cover as the claimant goes camping on Camp Moon 22, a terraformed world resembling a 20th Century Campground. Veska and Novorisk’s work yields results and a matter of galactic security forces them to team up with another ally, Lieutenant Martin Thuringer of the United Earth Navy to face humanity’s worst existential threat yet. Fans of Robert Heinlein, Fred Pohl, Tom Clancy, Andy McNab, will find this a compelling, immersive, entertaining, and hardboiled sci-fi detective story. Railgun rods, laser beams, plasma, and other types of ammunition will be employed. And a pair of Damascus bladed Chef’s knives come in handy too when you are battling a foe hell-bent on the destruction of humanity. Join Rod Veska as he uncovers intrigue, romances Jade, and hunts down both fraudsters and the fanatics called the Dar-Shawn

Synopsis: Rod Veska returns in another hard-boiled science-fiction adventure. The investigator is now working as a deputy chief of a security force in a hospital space station. Another day at the office turns into a bedlam filled nightmare. The Dar-Shawn besiege the station due to a United Earth ship arriving. The cargo of this ship may hold the secrets that can finally defeat the Dar-Shawn. New friends and old friends will return to help Veska in this thrilling sequel to Jade’s Dish. Fans of Tom Clancy, Don Pendleton, Andy McNab, Robert Heinlein, and Fred Pohl will find this to be an epic tale of space travel, action, and gunplay.

Buy Them All Here at Amazon

Synopsis: Rod Veska and company are back to take the fight to the Dar-Shawn. Join Rod, Lieutenant-Commander Thuringer, Jade Novorisk, and Jasey the assassin android in a quest to find and recover the Dar-Shawn dissidents to reform the Dar-Shawn religion and neutralize this threat to humanity. Along the way they’ll encounter vicious wildlife, dangerous enemies, and continue the fight for humanity’s survival. This is no pleasure cruise on the Eye of The Liar—this is war! Rod Veska and The Eye of The Liar is a must buy novella for fans of science-fiction. This is a novella in the style of Andy McNab, Robert Heinlein, Tom Clancy, early David Drake, and Don Pendelton. Enjoy an action packed sequel from Brandon C. Hovey to his Rod Veska series.